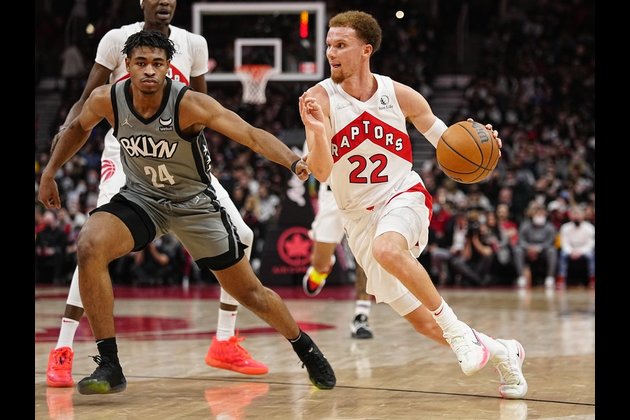 He sustained the injury during the third quarter of Sunday's preseason game against the Utah Jazz in Edmonton, Alberta.

Flynn, 24, cleared concussion protocol and returned to the game, but postgame testing revealed the fracture.

He will wear a protective face shield and is expected to be ready for the Oct. 19 season opener against the Cleveland Cavaliers.