Abraham Toro knocks in 4 as Mariners finish sweep of Tigers 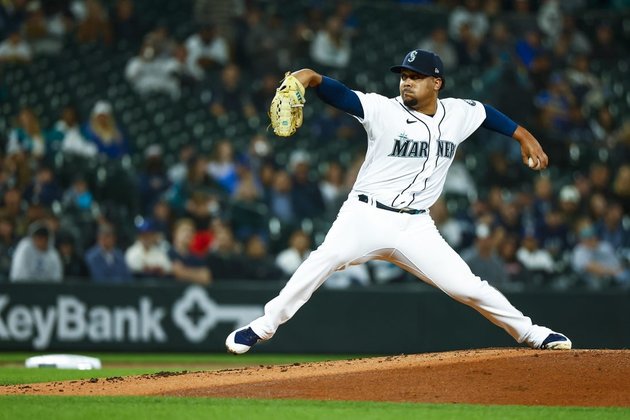 Abraham Toro homered and drove in four runs to lead the Seattle Mariners to a 9-6 win against the visiting Detroit Tigers on Tuesday night, completing a doubleheader sweep.

Toro drove in the game-winning run in the first game, a 7-6 victory in 10 innings that helped Seattle clinch the American League's second wild card.

Cal Raleigh had three hits, including a home run, and Dylan Moore contributed three RBIs for the Mariners (89-72), who will make their first playoff appearance in 21 years on Friday when they open a best-of-three set against the host Toronto Blue Jays.

Kody Clemens hit a grand slam and Spencer Torkelson had three hits, including a home run, for the Tigers (66-95).

Toro belted a two-run homer in the fourth inning to extend Seattle's lead to 4-1. He was recalled from Triple-A Tacoma earlier in the day after left fielder Sam Haggerty went on the 10-day injured list due to a strained left groin.

The Tigers loaded the bases with three straight one-out singles in the fifth before Clemens belted a 1-2 pitch over the fence in right for his first career grand slam and a 5-4 lead.

Raleigh tied the score 5-5 with a one-out homer off reliever Elvin Rodriguez (0-4) in Seattle's half of the fifth. Toro came up later in the inning with the bases full and delivered a two-run single to put Seattle ahead 7-5.

Torkelson went deep in the sixth to trim the deficit to 7-6, but the Mariners tacked on two more runs in the bottom of the inning, the first when Moore was hit by a pitch with the bases loaded for the second time in the contest.

Will Vest started for Detroit and gave up a single, two walks and a hit batter before departing after allowing one run in two-thirds of an inning.

The Tigers tied it 1-1 on a sacrifice fly by Jeimer Candelario in the third inning, but quickly answered in the bottom of the frame with a two-out RBI single to give Seattle a 2-1 lead.