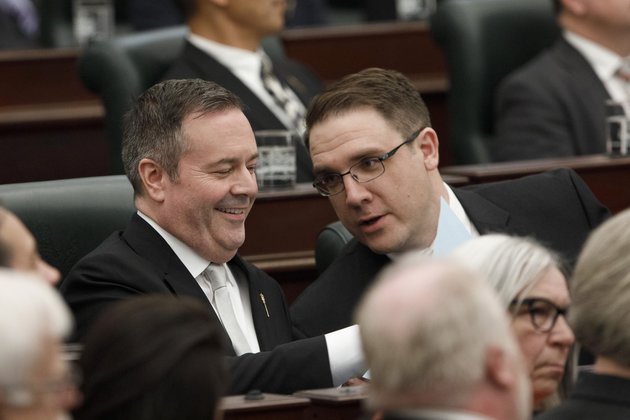 With a new Alberta premier taking office in October and a general election required by the end of May 2023, fiscal policy may become a wedge issue between Alberta's United Conservative Party and the NDP.

A key issue for analysts who study Alberta's finances is the erratic behaviour of the province's revenue stream, which is heavily tied to the price of oil. In the past year, Alberta's finances have gone from a projected $18.2 billion deficit to a $3.9 billion surplus. This happy result is almost entirely due to surging bitumen royalties as oil prices have risen dramatically.

This is not an anomaly. Since 1965, all of Alberta's surpluses have been attributed to resource royalties. This effectively means that, since oil royalties make up a significant amount of government revenues, Albertans have only been paying 50 to 95 per cent of the full cost of public services. Albertans have become so used to these royalties keeping taxes down that they oppose any and all mentions of a provincial sales tax.

Alberta prides itself on being the only Canadian province without a provincial sales tax, relying instead on its bitumen revenues. Known as the "Alberta tax advantage," this attitude can be traced back to 1936 when a new Social Credit government introduced a two per cent sales tax recommended by a taxation commission.

Albertans were not happy with the new tax, and the government backed off collecting the tax after a year and a half. Shortly after the tax was introduced, Alberta defaulted on its debt - a default that lasted nearly a decade. The default exposed huge fissures in the structure of provincial finances.

Albertans, overly dependent on the fortunes of wheat prices in the 1920s and 1930s, wanted all types of public infrastructure - roads, telephone systems, irrigation channels - but even in financially good times, would resist any efforts to raise taxes to pay for public works.

The fear around a sales tax is so great that PST is known by another term in Alberta - political suicide tax. Alberta politicians fear that advocacy, or even consideration, of a sales tax as part of their electoral platforms would result in defeat.

A recent Twitter argument between UCP competitors exemplifies how true this still is.

In July, some UCP leaders campaign researchers uncovered a controversial column written by UCP front-runner Danielle Smith in September 2020 that advocated a five per cent sales tax. This column, which emerged only mid-way in the UCP leadership campaign, resulted in Smith's close competitors Travis Toews and Brian Jean attacking her on Twitter.

Toews, a former minister of finance, claimed Albertans cannot afford a provincial sales tax. Alberta's 2022 budget, which he had a hand in creating as a minister, shows that if Albertans paid taxes at Ontario rates, Alberta's tax revenues would be $14.9 billion higher.

Jean, who is the MLA for the Fort McMurray-Lac La Biche electoral district, took the opportunity to condemn Toews for supporting a sales tax. While Toews has not advocated for one, he said in 2020 he would consider looking at a provincial sales tax after the pandemic. This comment was enough for Jean to latch onto.

On the other side of the political divide, former NDP premier Rachel Notley and her finance minister also avoided discussion of a PST during their time in office. This tells us that Alberta politicians' aversion to taxes is not a partisan issue, but a cultural one that is deeply ingrained in Albertan identity.

In light of this Twitter exchange, numerous tweets, many in favour of a sales tax, followed and a #yestopst emerged. Despite this, opinion polling shows only a minority of Albertans support such a tax.

As it stands, it's highly doubtful that any of Alberta's party platforms for next year's general election will feature a provincial sales tax. Party unity has since been restored with denials and pledges to eschew a sales tax in the midst of more pressing issues, like Smith's controversial Alberta Sovereignty Act.

While Alberta's politicians have seemingly abandoned hope of ever trying to raise taxes, the province's unstable finances will eventually force them to contemplate a provincial sales tax. Oil prices are volatile, and Alberta relies heavily on them.

Since becoming a province, Alberta has been beholden to world commodity prices - wheat, oil, natural gas and bitumen. Alberta's exceptionalism has meant an addiction to public spending and aversion to taxes.

This contradiction has led to wild fluctuations in its fiscal position from bankruptcy in 1936 to triple A credit status as recently as 2016.

Alberta will remain on a fiscal rollercoaster without a sales tax and Albertans will have little choice but to ride out any future storms as a result of oil-price whiplash. A sales tax - a tax that's stable, easy to administer and costs less to collect than income taxes - would provide Albertans with a better alternative. Both public and private sector workers deserve better than accepting the status quo of boom and bust.