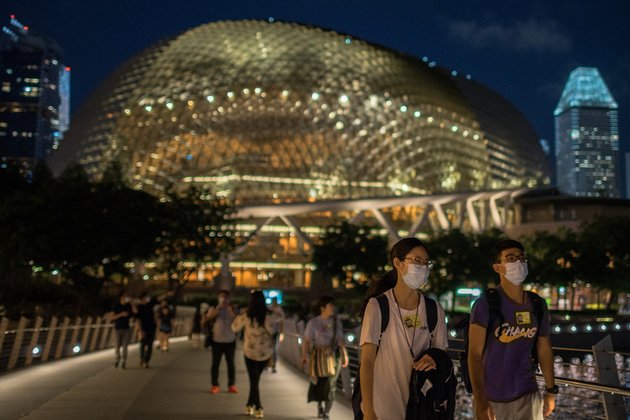 In a ?cruel twist of irony,? a man was sentenced to seven weeks in jail by a Singapore court on Thursday for breaching a Covid-19 'stay at home? order despite being homeless.

Singapore national Rozman Abdul Rahman, 40, returned from Indonesia on March 20, 2020. After an immigration officer insisted he sign a stay-home notice (SHN), he listed his estranged stepsister's house as a place for him to quarantine - but he was actually homeless.

During the period when he was supposed to self-isolate, he lived on the streets, sleeping in a car park, and later moved to a homeless shelter. He also kept working as a security guard at a grocery logistics company. His manager claimed he was not aware that Rahman was on an SHN.

After being unable to locate him, law enforcement officers eventually found Rahman via his employer and arrested him. He was sentenced to seven weeks imprisonment on Thursday after pleading guilty earlier this year.

"In the midst of a worldwide crisis, Rozman was left with a personal crisis of his own - homelessness. He had no place of residence. He was left to fend on the streets," his lawyer, Azri Imran Tan, said, adding that his punishment was a "cruel twist of irony."

He argued there "should be a distinction between those who frivolously go out and breach SHN versus those with no choice."

While his defense asked for a short detention and fine, prosecutors accused Rahman of deliberately exposing others to the risk of Covid-19, something which could have seen him jailed for up to six months.

Singapore has had one of the tightest Covid-19 measures in the world with hundreds of people fined and imprisoned for breaching self-isolation rules.