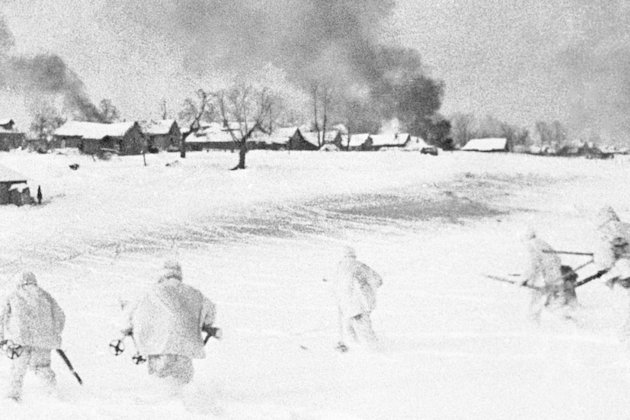 A trove of newly declassified documents has revealed how the Red Army war machine turned the tide on Adolf Hitler's fascist forces in a counteroffensive, even as the Nazi German Army closed in on Moscow in 1941.

On Friday, the Russian Ministry of Defense released a new archive on its website, entitled "the great turn at Moscow" and dedicated "to the immortal deeds of the defenders of the capital." The release marks the 80th anniversary of the Battle of Moscow, when, in the winter of 1941, the Soviet Army repelled the Third Reich's attack, putting an end to the Axis' hopes for a swift victory over the USSR.

Alongside the documents, the ministry wrote that "the Soviet forces' victory in the Battle of Moscow shattered the myth that fascist Germany was invincible, strengthened the anti-Hitler coalition, and forced Turkey and Japan to refrain from entering the war. At Moscow, Hitler's army lost more than 500,000 soldiers and officers to death or injury; around 1,300 tanks; 2,500 pieces of artillery; and over 15,000 vehicles and other instruments of war."

Nazi forces had been approaching Moscow for months, but by early December, the Soviet defenses had stalled them dozens of kilometers from the city. It was the coldest European winter of the century. Using forces brought from Siberia and the Russian Far East, Soviet General Georgy Zhukov launched a counteroffensive beginning December 5, as a result of which the Germans were forced to retreat hundreds of kilometers further from the capital.

Although the Moscow front was not fully secured until 1943, Hitler's forces never came as close to capturing the capital, and the defense of the city became a symbol of Soviet resistance to the Axis invasion.

The archive includes the operational map of the Red Army's General Staff, published for the first time, with a plan for the counteroffensive. It also contains journals from the armies stationed on the front, and documents outlining engineering projects for defenses to forestall a German advance from the north.

The ministry noted that the documents' publication was intended to "preserve and defend historical truth, and to counteract the falsification of history."

In August, Russia's FSB security agency published a separate tranche of historical communiques revealing the ordeals of Soviet citizens who had been captured and experimented on by the Japanese Army during World War II. The documents showed that prisoners who had refused to work for Imperial Japan were used as test subjects for poisons and bacteriological agents, including anthrax and bubonic plague.