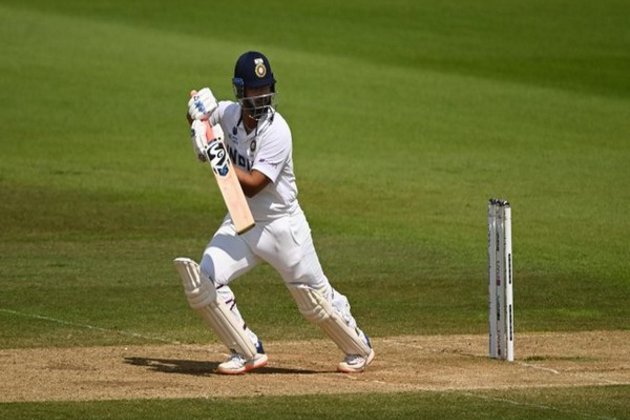 Southampton [UK], June 24 (ANI): After coming up short in the World Test Championship (WTC) final against New Zealand, India skipper Virat Kohli said that his side does not want wicketkeeper-batsman Rishabh Pant to lose his positivity or his optimism about changing a match situation for India.

Kohli's comments came as India stumbled to an eight-wicket loss against New Zealand in the final of the World Test Championship (WTC) on Wednesday here at the Ageas Bowl.

"Look, Rishabh is just going to be a very expressive player whenever he gets an opportunity. Whenever there is a situation that needs to be understood, I think he assesses it really well. When things don't come off, you can say that it was an error of judgment and that's acceptable in sport, but we don't want him to lose his positivity or his optimism in changing the situation for the team, and that's where his USP lies," said Kohli during a virtual press conference.

"We will definitely continue to back him to play that way and find ways to put pressure on the opposition and find ways to score runs, which is his natural game. We're not too worried about that. I think it's up to him to understand whether it was an error of judgment and rectify it moving forward because he has a long career with the Indian team, and certainly someone who could be a match maker for India on consistently many occasions in the future," he added.

Kane Williamson and Ross Taylor played unbeaten knocks off 52 and 47 respectively as New Zealand defeated India by eight wickets to clinch the inaugural edition of the WTC. Earlier, Tim Southee scalped four wickets as India was bundled out for 170 in the second innings on the Reserve Day. The inspired show with the ball ensured that New Zealand needed to score 139 runs in a minimum of 53 overs to win the title. Pant was the top-scorer for India as he played a knock of 41 runs.

"Well, we definitely need to work out better plans in terms of understanding how to score runs. We have to stay in sync with the momentum of the game and not let the game drift away too much. I don't think there's any technical difficulties as such, but I think it's more down to game awareness and being a little more brave and putting bowlers under pressure and not allowing them to bowl in similar areas for longer periods of time, unless it's absolutely overcast and the ball is swinging all over the place like it did on day one," said Kohli.

"I think outside of that, we need to be able to move the game forward and put the opposition under pressure, and that's key to playing and performing in difficult conditions," he added.

India will next lock horns against England in a five-match Test series. Kohli said that his side wanted first-class games ahead of the series, but they have not been given that.

"Well, that doesn't depend on us. We obviously wanted first-class games, which I believe have not been given to us. I don't know what the reasons for that are. But yeah, other than that I think our preparation time will be ample for us to be ready for the first Test," said Kohli. (ANI)