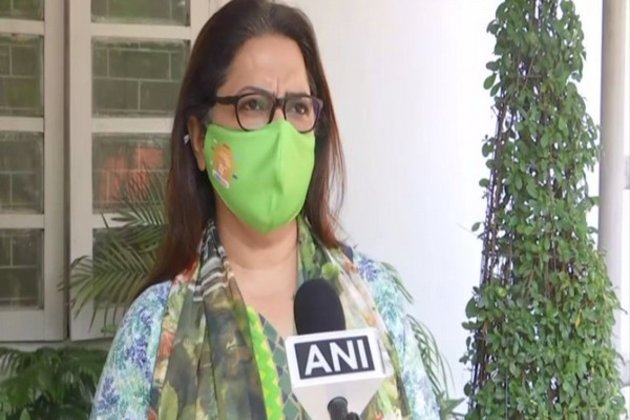 "Delhi government's door-to-door ration delivery scheme was meant to steal the ration provided by the Central government. Do you think that those who could not lay water pipes to the colonies of taxpayers like South Extension, Greater Kailash, C R Park can deliver ration door to door?" the BJP MP questioned.

"I want to tell the world that while on one hand, the Central government is providing free vaccines to every corner of the country, Delhi government can not make the vaccine available even to a vaccination centre at a school," she said.

On a question regarding Kejriwal's tweet where he said that it is not right for the Centre to engage in confrontations all the time, Lekhi said, "If the anti-national forces come with many faces like Dashanan, we know where they gain their strength from. If you want to support Mamata Banerjee, then you are talking against all those women who were raped and against all those Dalits whose houses have been burnt."She also alleged that tribals in Jharkhand have not yet been vaccinated.

The MP said that it is a matter of satisfaction that the UK court has dismissed fugitive diamantaire Nirav Modi's plea against his extradition.

"People like him need to be extradited to India so that it can be figured how they fled the country and where they have hidden their money outside India. I want to thank the Indian government to actively pursue the matter," she said. (ANI)