Take 5: MLS is Back preview 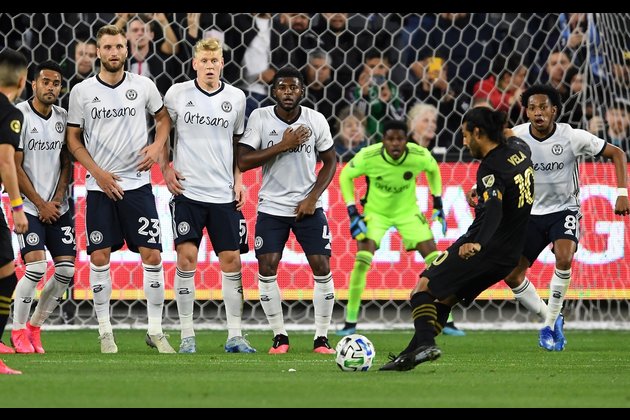 Nearly five months after the season was halted just two weeks in, Major League Soccer returns Wednesday, with all 26 teams jumping into what should be an action-packed tournament.

The MLS is Back Tournament brings plenty of unknowns, including the return from a lengthy layoff, high temperatures at the ESPN Wild World of Sports Complex near Orlando, an abnormal group-stage structure and the lurking specter of positive coronavirus tests that could disrupt the event.

Given all of the uncertainty -- and a format that will send 16 of 26 teams to the knockout stage -- surprises should be plentiful. You could argue that at least 10 teams that could win it all.

Let's explore who should be in the thick of the title race, and who might turn a few heads by making a run.

If you asked this question a week ago, the obvious answer would be Los Angeles FC. The league's most talented team with the reigning Most Valuable Player, both coming off of record-breaking seasons, came up short in the MLS Cup Playoffs last season but are determined to come back stronger.

But the league MVP, Carlos Vela, reportedly opted out of the event to stay home with his family. While LAFC are more than talented enough to win without him, Vela's absence is nonetheless a major blow.

The team that knocked LAFC out of last year's playoffs, on the other hand, might be the most complete squad heading to Florida. The defending MLS champion Seattle Sounders only got stronger in the offseason, adding midfielder Joao Paulo and center back Yeimar Gomez Andrade to an already talented roster.

With a multi-pronged attack led by Jordan Morris -- who tallied twice in the season opener -- Seattle can score with anyone. The Sounders also have adequate depth and landed in a relatively tame Group B, giving them perhaps the clearest path to the title.

2. Who else should contend?

While perhaps not the favorite without Vela, LAFC are clearly a prime contender, as is another club that remains talented despite missing its top star.

Atlanta United will be without Josef Martinez -- who had ACL surgery in March -- but they still have plenty of depth to support top-end talent like Pity Martinez and Ezequiel Barco, a duo that really clicked during the first two weeks of the season. Coach Frank DeBoer has flexibility to replace Martinez, and Atlanta hasn't ruled out a late addition. The Five Stripes also have two defenders back from injury in Franco Escobar and Miles Robinson. They should be dangerous.

Another prime contender is New York City FC, despite a pair of disappointing 1-0 losses to open the year. NYCFC returned almost all of their loaded roster from 2019's East-leading squad while adding Uruguayan midfielder Nicolas Acevedo. The continuity should ease Ronny Delia's transition as the new manager.

As always, the battle-tested Toronto FC should prove a tough out. The 2019 MLS Cup runners-up aren't flashy but have the ideal combination of talent and experience for tournament play.

And we certainly wouldn't rule out two teams that came flying out of the gates to open the regular season, as Minnesota United and Sporting Kansas City racked up eight and seven goals, respectively, during 2-0 starts. Taking the wind out of Minnesota's sails, though, is the absence of reigning MLS Defender of the Year Ike Opara due to injury.

3. Who faces the most pressure?

This team is also a clear contender, but the LA Galaxy have work to do. Still loaded with talent after an offseason overhaul, they came limping out of the gates with a 1-1 draw at Houston and 1-0 home loss to Vancouver.

Chicharito Hernandez is under a bright spotlight as the star tasked with filling the void of the departed Zlatan Ibrahimovic, and he failed to score in the first two games despite generally playing well. Aleksandar Katai is gone, Jonathan dos Santos is out injured and there are question marks in the middle of the back line.

It could come together quickly for the Galaxy, but they landed in the Group of Death, joining LAFC, Houston and Portland in Group F. A second-place finish could very well mean a matchup with Seattle in the Round of 16.

The Galaxy's cross-town rivals aren't without pressure, either. Perhaps Vela's absence takes the heat off LAFC by lowering expectations, but a poor performance could feed a narrative of struggles in tournament play. Walker Zimmerman was traded in preseason, and Bob Bradley's attacking press might be weakened by the Florida heat after a long layoff.

Elsewhere, the Columbus Crew must prove that winning the offseason -- with several key additions, led by Argentine midfielder Lucas Zelarayan -- will translate to wins on the field. The Crew started the regular season strong and have some depth, but they landed in a tough group, with Atlanta and the New York Red Bulls in Group E, plus a rivalry battle with FC Cincinnati.

The Philadelphia Union remain a bit under the radar, but a title run is certainly possible. Coming off the best season in franchise history, they have a nice combination of quality and experience, along with one of the league's best goalkeepers in Andre Blake.

The New England Revolution finished 2019 on a tear after Bruce Arena took over as head coach, and they have a deep attack with Carles Gil healthy again.

The Portland Timbers disappointed last season but were handicapped by a long slog away from home while their stadium was renovated. If they can survive the Group of Death, they have the attacking talent to scare anyone.

Among those with low expectations, keep an eye on Inter Miami. The expansion side showed very well despite losing its first two games, with new addition Rodolfo Pizarro standing out in defeat, and forward Julian Carranza is healthy. With only two obvious favorites to come out of Group A (NYCFC and Philadelphia), Miami could nab the third spot or a wild card, especially if it beats rival Orlando City.

5. Who could blossom into stardom?

This is all about the newcomers.

Zelarayan already has a game-winning goal to his name, and Pizarro has Miami's only tally thus far. Both designated players should be central to their team's attacks.

SKC's duo of forward Alan Pulido and midfielder Gadi Kinda dazzled during the first two weeks of the season, each tallying twice and adding an assist. That sort of production is hard to ignore, though opposing teams will surely be more focused on containing both players.

Among others to keep an eye on: Montreal Impact forward Maximiliano Urruti already has three goals in two games after totaling four in 31 games last season; new forward Luis Amarilla has two goals and an assist for an explosive Minnesota attack; and Red Bulls winger Florian Valot has looked sharp in his return from a second torn ACL in as many years.

Isreeli empathy for Lebanon draws fire from within

BEIRUT, Lebanon - The Lebanese cabinet has ordered port officials who had roles in storing or guarding highly explosive materials ...

WASHINGTON, DC - The Trump administration said on Wednesday it was stepping up efforts to purge "untrusted" Chinese apps from ...

More than 100 villagers fled their homes in Myanmar's northern Shan state into China as fighting broke out between ethnic ...

BEIRUT, Lebanon - The world has been shocked by the severity of a huge blast which has rocked Beirut, killing ...

No precedent for Trump to take cut of TikTok deal

NEW YORK, New York - President Donald Trump's demand that the U.S. government get a cut from a potential Microsoft ...

DUBLIN, Ireland - While its future on the other side of the Atlantic, and in the Pacific, is up in ...

SEARCA to get behind regional coconut industry

WASHINGTON, DC - President Donald Trump interrupted his press briefing on the coronavirus on Tuesday night to enthuse over the ...