A frenemy fungus provides clues about a new deadly one 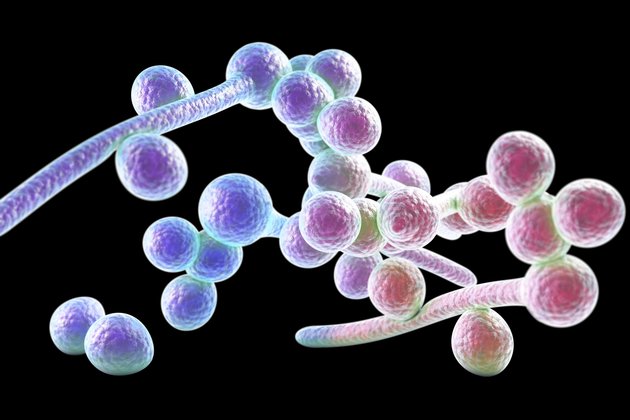 It seems like every few years theres a virus or bacterium that threatens human health in a new way. But a new fungus that is a threat to humans? That doesnt happen very often. Thats why we in the medical mycology community the people who study dangerous fungi are so intrigued and concerned by news reports about a new, deadly fungus called Candida auris.

C. auris is believed to have been first identified in 2009 in the ear canal of a patient in Japan, but has taken the medical community by surprise with its rapid spread across the globe in the last decade. C. auris has now been detected in about 20 countries and shows no evidence of stopping.

What makes this well-traveled fungus fascinating and scary? Unlike other species of Candida, it is known to survive in hospital rooms for prolonged periods of time and is responsible for several outbreaks due to patient-to-patient transmission. The most concerning characteristic of this fungus, however, is its ability to withstand anti-fungal treatment.

We are a team of medical mycologists working at Tufts University and specializing in the study of a different fungus, Candida albicans, and how it affects human health. We have been interested in C. albicans for years because its interactions with humans are so complex: Sometimes it seems friendly and sometimes it is our enemy. The new fungus C. auris seems very mysterious but we believe we can use what we have learned from studying other fungi to deal with this new organism.

Fungi are among the most successful, resilient and fascinating groups of organisms on Earth. In fact, the largest organism on Earth is believed to be a mushroom. We do not know exactly how long fungi have been around, but it is believed that they might be some of the oldest land dwellers on Earth.

During their existence, fungi have dealt with a multitude of global catastrophes, including five and perhaps a coming sixth mass extinctions. In order to survive and thrive during these extreme conditions, fungi have developed amazing strategies which have allowed them to conquer every environment imaginable. Out of the estimated 1.5 to 5 million fungal species on Earth, about 300 are able to cause disease in humans. In the case of C. auris, we know whom it is related to, but we do not know where it came from or how people acquire it.

Unlike anti-bacterials, the number of types of useful anti-fungal drugs is quite limited. There are only three main classes, and the chance of discovering new drugs is limited by the fact that fungi are in the group of organisms called eukaryotes, as humans are, which makes it difficult to find a drug that can kill a fungus but not a person. Additionally, anti-fungal resistance has been emerging over the past few decades in some fungi that cause disease in humans, but C. auris resistance to anti-fungals leaves other resistant fungi in the dust. Some C. auris strains are resistant to all classes of clinically used anti-fungals, which is extremely alarming.

C. auris is also able to form biofilms, which are microbial communities attached to a surface and protected by a glue-like layer. The architecture of the biofilm protects C. auris from anti-fungals and immune system attacks. In the context of health care, microbial biofilms often form on plastics such as catheters, pacemakers and other implanted devices. These biofilms have been well studied for many microbes, but we do not fully understand the importance of biofilms formed by C. auris in the context of human disease.

Where did this new pathogen come from? Why is it highly drug-resistant and able to spread so easily? How does it interact with our body and the other microbes in and on our body? While we dont know much about C. auris yet, we know quite a bit more about its distant cousin, C. albicans.

The fungus C. albicans was first described by Hippocrates in 400 B.C. when he was describing oral thrush, a disease characterized by white lesions that form in the oral cavity when there is overgrowth of C. albicans. Since then, C. albicans has become one of the most studied fungi next to Saccharomyces cerevisiae, the bakers and brewers yeast.

C. albicans can cause fatal infections in humans, but more commonly this fungus resides in the human body, in the gut or on the skin, as a harmless member of the microbiome, which is the whole collection of microorganisms in and on our bodies.

In a study from the 1970s, investigators showed that if you test one-month-old babies for fungi, you find that almost every one of them had acquired a fungus, usually C. albicans. The conclusion was that it is completely normal for a person to have C. albicans in their body.

Yet, if the person develops a weakened immune system, the C. albicans that was already inhabiting their gut could become dangerous by changing its shape to elongated cells known as hyphae. These hyphae are then able to invade and destroy tissue, enter the bloodstream and cause a potentially fatal infection.

Hope in the time of C. auris

A few years ago, our group started to wonder why this happens. Why is it OK that humans would have a fungus in our bodies that might kill us if conditions changed? Is there anything that the fungus does that might be good? We decided to investigate this question using a mouse model of infection.

We found that mice that carried C. albicans in their guts were protected from lethal doses of the bacterium Clostridioides difficile (C. diff). These findings showed that C. albicans has wide-ranging effects on its human host and in some situations could actually be beneficial.

Many aspects of C. albicans biology have been studied. We have a good understanding of what type of conditions push C. albicans to become a disease-causing organism and form biofilms. We also have identified some of the tricks that allow it to become drug resistant, such as acquiring mutations in a gene called ERG11. Interestingly, the ERG11 gene of C. auris has also acquired mutations that contribute to its drug resistance.

Know thy enemy, in this case, by understanding its family.

Author: Carol A Kumamoto | The Conversation

75% of consumers in UK, Australia and U.S. slam Chinese government

LONDON, UK - More than 75% of consumers in the UK, US and Australia blame the Chinese government for the ...

JERUSALEM - The only Palestinian industrial area in East Jerusalem is to be demolished, and the present occupiers of the ...

HOUSTON, Texas - Over 60,000 people showed up for a Houston protest and rally in the wake of George Floyd's ...

LONDON, UK - Altaf Hussain, the founder and leader of the Muttahida Qaumi Movement (MQM), has appealed to the United ...

There is no need to wonder why George Floyd (age 46) was murdered in broad daylight in Minneapolis, Minnesota, on ...

With the U.S. deciding to walk out of the Open Skies agreement, the U.S. is signaling to the world that ...

CHRISTCHURCH, New Zealand - New public housing that will save tenants money in energy bills, and provide warmer, healthier and ...

SYDNEY, Australia - Wall Street took a breather on Thursday following more than a week of protests across the U.S., ...

ROME, Italy - Global food commodity prices fell for the fourth consecutive month in May as the coronavirus (COVID-19) epidemic ...

SYDNEY, Australia - Stocks in Asia advanced on Thursday but gains were limited, and not universal.China's Shanghai Composite finished flat.The ...