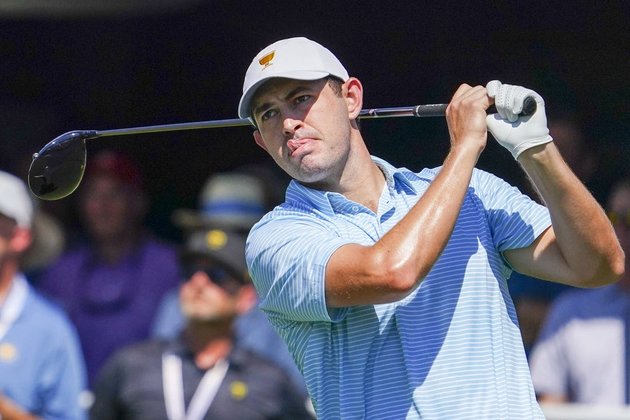 The event boasts a solid field with 10 players who competed in last month's Presidents Cup and eight who qualified for last season's Tour Championship.

--Sungjae Im seeks to join Jim Furyk as the only players to successfully defend at the event.

--The 21,409 birdies made at TPC Summerlin since the start of the 2010 season are the most on any course on tour during that span. Next is Sedgefield Country Club (21,147), site of the Wyndham Championship.

--There are 11 Las Vegas residents in the field, including natives Taylor Montgomery and Scott Piercy.

--Martin Laird is one of five past champions in the field and has won the event twice.

--Patrick Cantlay (700 at BetMGM) won his first PGA Tour event at TPC Summerlin in 2017 and has a pair of runner-ups and a T8 in four previous starts. He is second at the sportsbook with 10.6 percent of the money backing Cantlay to win.

--Im (1200) shot a final-round 62 last year to win by four strokes and will be making his fourth event start. He opened the week at 1400 but his odds shortened with 6.7 percent of the total bets backing the South Korean star.

--Max Homa (2000) makes his second start of the season after winning the Fortinet Championship and going 4-0-0 in his Presidents Cup debut. His odds have lengthened slightly from 1800, with Homa the second biggest liability at BetMGM with 7.4 percent of the tickets and 6.6 percent of the money backing him.

--Tom Kim won the Wyndham Championship to close the 2021-22 regular season before competing for the International team at Quail Hollow. He enters the week in strong form and is BetMGM's biggest liability as Kim has leads in both total tickets (9.8 percent) and handle (13.4 percent) backing him.

--Montgomery (3300) has consecutive top-10 finishes to begin his rookie season. The public has taken notice and has backed the former UNLV star with 3.6 and 4.0 percent of the action, respectively.

--Five-time tour winner Rickie Fowler (6600) is in the field after finishing T6 in the Fortinet Championship, his first top-10 since a T3 at the 2021 CJ Cup. His top Shriners finish in six previous visits was a T4 in 2018. Always a fan favorite, Fowler is the third biggest liability this week with 4.3 and 2.9 percent of the action.

--Maverick McNealy (6600) is another Las Vegas resident. Seeking his first win in his 95th career start on tour, McNealy's previous best event finish was a T37 in 2019, but he did place a career-best 35th in last season's FedEx Cup.