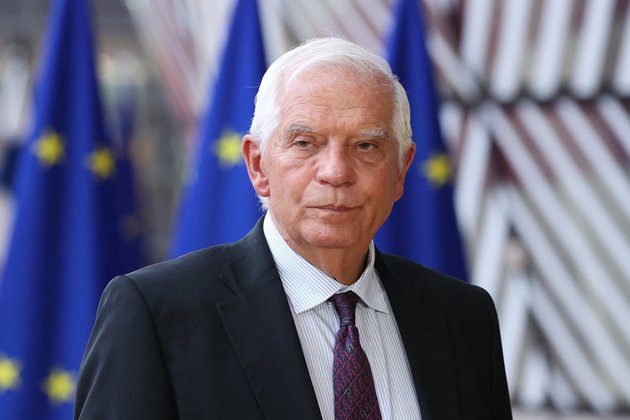 At the same time, the bloc looks forward to launch of its own ?training mission? for Ukrainian troops

The EU is still ready to seek a "diplomatic solution" to the ongoing conflict between Russia and Ukraine, the bloc's top diplomat Josep Borell has said. A return to diplomacy, however, would only be possible should "circumstances" allow for this to occur in an unspecified "meaningful" way, he stipulated, in a blog post on Wednesday.

"We will reinforce our strategy of supporting Ukraine - militarily, financially and politically; upping the pressure on Russia with more sanctions and supporting our international partner to handle the fallout of the war," Borrell wrote, hailing an upcoming launch of the bloc's own "training mission" for Kiev's troops.

"At the next Foreign Affairs Council on 17 October, I hope we can formally launch our training mission for Ukrainian armed forces. At the same time, we remain ready to pursue a diplomatic solution, should the circumstances return to do so in a meaningful way," he added.

The top diplomat has repeatedly made warlike remarks during the ongoing conflict, insisting that Kiev should defeat Moscow on the battlefield and cheering more military aid for the country. Russia has repeatedly warned the West against "pumping" Ukraine with weaponry, suggesting that such aid would only prolong the conflict and inflict more destruction and suffering on the country's residents.

Russia sent troops into Ukraine on February 24, citing Kiev's failure to implement the Minsk agreements, designed to give the regions of Donetsk and Lugansk special status within the Ukrainian state. The protocols, brokered by Germany and France, were first signed in 2014. Former Ukrainian President Pyotr Poroshenko has since admitted that Kiev's main goal was to use the ceasefire to buy time and "create powerful armed forces."

In February 2022, the Kremlin recognized the Donbass republics, which have since joined the Russian Federation, as independent states, and demanded that Ukraine officially declare itself a neutral country that will never join any Western military bloc. Kiev insists the Russian offensive was completely unprovoked.