White out of France series as Wallabies injury worries mount 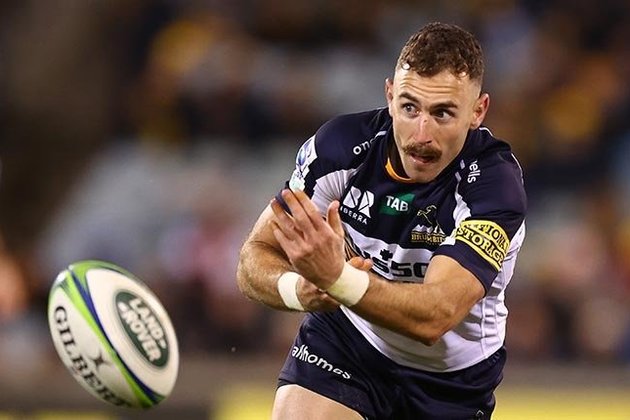 Scrumhalf Nic White was on Thursday ruled out of the Wallabies' three-Test series against France, with concern also mounting over the fitness of experienced backs James O'Connor and Matt Toomua.

White, who plays for the Brumbies, suffered a knee injury this week and will miss all three clashes against a depleted Les Bleus, who arrived on Tuesday and are undergoing 14 days of mandatory quarantine.

The first Test kicks off in Sydney on 7 July with the other matches scheduled for Melbourne and Brisbane, although a Covid-19 outbreak in Sydney and border closures with the neighbouring states could force changes to the schedule.

"Whitey has done an MCL (medial collateral ligament), it's going to be four plus weeks so that will count him out of the France series," Wallabies coach Dave Rennie said via Zoom from their training camp on the Gold Coast.

His absence is a blow but opens the door to Reds scrumhalf Tate McDermott and Jake Gordon of the Waratahs to claim the No 9 jersey.

Rennie is also sweating on the fitness of O'Connor (groin) and Toomua (neck) who would be almost certain starters if fit.

"Matt Toomua had some injections to try and get that to settle down, he's out of camp and we're bringing him back on Sunday," said Rennie.

"James has had a little bit of a groin niggle. He's rehabbing here (in the camp) and will have a trot around today and hopefully we'll be able to get a bit more out of him by next week."

Asked whether both would be fit for the opening Test, Rennie said: "It's a possibility.

"But obviously neither of them have done a lot of training with us. You've got to plan to be without them. We'll know more by the end of the weekend."

Asked about the growing Covid outbreak in Sydney and possible impact on the France Test series, Rennie called the pandemic "a changing beast - we dealt with a lot of that stuff last year and we've just got to get on with it. We'll go wherever we need to."

France coach Fabien Galthie has brought a 42-man squad to Australia heavy on youth having had to omit players from Toulouse and La Rochelle, who will contest the Top 14 final next weekend.

Damian Penaud, Teddy Thomas and Romain Taofifenua are the only ones boasting more than 20 caps, but Rennie is wary.

"It's a very strong squad, maybe not all household names to people in this part of the world," he said.

"But they have got amazing depth in France, as we've seen in the last couple of under-20 World Cups (that France won). And as we saw when they put on a young side against England (late last year) and all but won that game.

"So yeah, it's a very strong team. And sometimes younger guys are hungrier, desperate to impress and can be more of a handful."

NEW YORK CITY, New York: Pfizer has projected a 29 percent increase in the sales of its COVID-19 vaccine in ...