Senate rules to apply if impeachment moves to trial 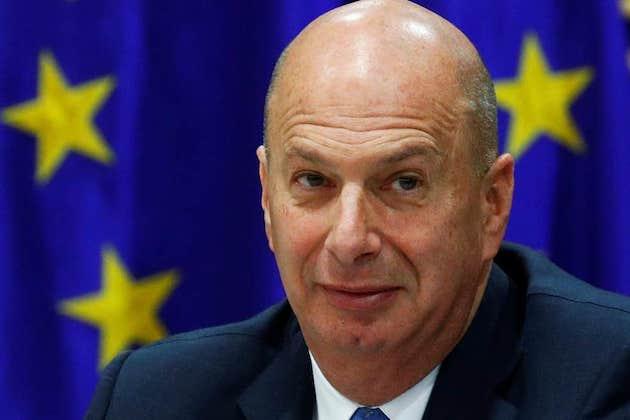 Wednesday's testimony by U.S. Ambassador to the European Union Gordon Sondland included the allegation that Sondland pushed Ukraine to investigate the Biden family in exchange for U.S. political support at the "express direction" of President Donald Trump.

Sondland's version of events comes as others' statements about the president's involvement have been attacked by Republicans.

Trump's defenders have suggested that the overall impeachment effort is illegitimate or somehow tainted because of Democrats' reliance on what the GOP alleges is "hearsay." As a professor of law, I know this claim is incorrect.

The legal concept of hearsay applies in trials and related proceedings in court. It doesn't apply and doesn't make sense in the congressional impeachment inquiry, nor in any potential impeachment trial in the Senate.

The complaint about hearsay is one example of how both political parties are trying to draw analogies between the impeachment process and a criminal trial for political reasons, not legal ones.

Legally speaking, what's called the hearsay rule is one of several rules that govern what evidence can be introduced in a trial.

Essentially, the rule says that a witness cannot testify about something someone else said outside the courtroom as proof that the out-of-court statement was true. For example, if Deirdre is on trial for murdering Victor, Walter is not allowed to testify that "Esmerelda told me that she saw Deirdre shoot Victor" as proof that Deirdre actually shot Victor.

There are a few reasons not to allow this, but a significant one is that in a criminal trial, a defendant must be able to cross-examine the accusers. The only legal approach in this situation would be to call Esmerelda to testify herself about what, if anything, she saw Deirdre do. That would allow Deirdre's attorney to cross-examine her, asking, for example, about how clearly she saw it, whether she had any reason to lie or exaggerate, or if she misspoke when she named Deirdre as the shooter.

This rule applies to trials and related proceedings in federal courts.

But Congress is not a court, and no rules of evidence apply to its activities, including impeachment. This is not a technical distinction: It's a foundational part of the constitutional structure.

Not useful in an investigation

Even if the analogy between the impeachment inquiry and a criminal proceeding were appropriate, the hearsay rule doesn't apply to the analogous phases of a criminal case.

Police can and often do investigate rumors or secondhand accounts of possible criminal conduct. Their goal is to collect evidence that can be presented at trial, but during their investigation they're free to collect and use information to advance their inquiry that wouldn't be admitted in court.

The same is true in grand jury proceedings. To obtain an indictment from a grand jury, prosecutors need only show it is likely that a crime has been committed. They are free to rely on evidence that wouldn't be admissible at trial to make their case.

Rules of evidence and procedure envision an adversarial process in front of a neutral arbiter two lawyers arguing before a judge or jury who has no prior knowledge of, nor any interest in, the dispute. That's clearly untrue of an impeachment or other inquiry in Congress, where there is already likely to have been lots of testimony and discussion, as well as political maneuvering.

The hearsay rule doesn't make sense in the context of a congressional hearing. Major revelations in the current impeachment investigation have included information about discussions witnesses had with other people who had not yet testified. That includes when Ambassador Bill Taylor told Congress that an aide of his overheard a conversation between President Donald Trump and Sondland.

That testimony opened a new line of inquiry for House members to follow as they gather evidence to help them decide whether to impeach the president.

If the case proceeds to a trial in the Senate, the only rules governing the proceeding are Senate rules which a majority of senators can vote to change at any point.

Chief Justice John Roberts, who would serve as the presiding judge, could choose to enforce federal rules of evidence, including the hearsay rule but it's unclear if he would. In any case, the senators could overrule him either wholesale or in particular situations. And the senators would likely know many if not all of the facts that would be excluded. Voting on impeachment is fundamentally political, not legal, so they could still base their decision on information not introduced during the trial.

Impeachment is not a criminal trial and the president has fewer procedural rights than a criminal defendant would. This is as it should be, in my view; public office is not a right or entitlement, and the public interest heavily outweighs the president's private interests in impeachment proceedings. The only punishments for impeachment are removal from office and, potentially, disqualification from future office-holding. Anything more would require an actual criminal proceeding, from which hearsay evidence would be excluded.

But politicians may see benefits in conflating the two different systems either to argue that they are providing a fair and fact-based hearing, or to claim that the whole affair is biased and illegitimate.

The writer James Steiner-Dillon is Assistant Professor of Law, University of Dayton.

KABUL, Afghanistan, July 14 (Sputnik/ANI) - U.S. troops have left five bases in Afghanistan and the number of servicemen in ...

TEHRAN (Tasnim) - A retired employee of Iran's Defense Ministry has been hanged for providing the US Central Intelligence Agency ...

Over 650,000 Indians evacuated from abroad amid pandemic

Russia's nuclear policy remains "defensive." However, a number of new conditions have been set for when a strike can be ...

Bahrain to execute two men 'convicted as result of torture'

MANAMA, Bahrain - The High Court of Bahrain has upheld death sentences against two pro-democracy activists who were charged and ...

Elvis's grandson dead at the age of 27, reportedly shot himself

LONDON, UK - Britain's Digital Secretary Oliver Dowden has told the House of Commons that by the time of the ...

SYDNEY, NSW, Australia - Stocks in Asia fell on Tuesday inline with overnight falls on Wall Street.Stocks rallied around the ...

The COVID-19 pandemic's toll on economic activity in recent months is only the beginning of the story. While the rapid ...

UK to spend hundreds of millions of pounds on border infrastructure